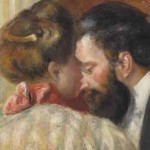 “Half of investors surveyed by John Hancock credit their spouse as the person who has the most positive influence over their retirement planning decisions, followed by 40% who say their financial adviser has been the most instrumental,” writes Lee Barney in a planadviser.com piece headlined Most Americans Rely on Their Spouse for Retirement Advice.  The article continues:

“One-quarter say their father has been the most important person when it comes to their retirement planning. This is based on John Hancock’s quarterly poll of affluent investors, conducted in the fourth quarter of 2015.

“Greenwald & Associates conducted the survey among 1,018 investors for John Hancock between November 9 and November 20. To qualify, respondents needed to have a household income of at least $75,000 and assets of $100,000 or more.”