WHAT YOU WANT VS. WHAT YOU NEED 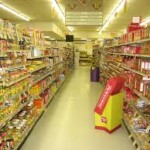 So where does your money go? In an interesting piece for gallup.com–headlined Americans Still Spending More, Still Not on What They Want—John Fleming reports on a new poll showing that “a majority of Americans, 55%, say they are spending more than they did last year on groceries, the area in which Americans continually report spending more.” Other excerpts from the article:

“Since last June, the top three categories with the highest percentages of consumers saying they are ‘spending more’ (groceries, utilities and healthcare) have stayed in the top five. Of these, only groceries showed a modest decline in the percentage of Americans saying they are spending more (three percentage points), while utilities and healthcare both inched up slightly (three points and two points, respectively). None of these changes, however, are statistically significant.

“Consistent with the steep decline in gas prices over the past year, the only category to show a major shift in spending is ‘gasoline or fuel’, in which 21% of Americans in March said they were spending more, compared with 50% in June 2014. Thirteen percent said they were spending less on gas last June compared with 55% this March. The net spending difference has shifted from +37 (spending more minus spending less) to -34.

“Americans continue to spend more on things they need, but not on things they want. All five categories of discretionary purchases — leisure activities, clothing, consumer electronics, dining out and travel — continue to have negative net spending with substantially more Americans saying they are spending less than last year than those who say they are spending more. As household essentials claim a larger slice of Americans’ spending, less remains for discretionary purchases.

“These data suggest that at least some of the money that is not being spent on gas is going into discretionary spending categories — leisure activities and dining out — which either showed an increase in net spending or showed a modest increase in the percentage of those saying they are spending more today than a year ago. But some of the money that Americans are not spending on gas is going to other non-discretionary categories — cable or satellite, utilities and healthcare. These three categories were among the four to show increases in net spending over the past nine months.”