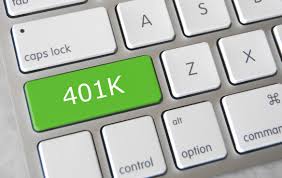 In a highly interesting benefitspro.com piece headlined Massive turnover of 401(k) plans possible in 2016, Nick Thornton writes that “the next year has the potential to bring massive turnover to 401(k) plans, as 75 percent of plan sponsors say they are likely to initiate a formal review of plan design and service providers in the next 12 months, according to Cogent Wealth Reports’ most recent breakdown of sponsors’ intentions.” Other excerpts from Thornton’s piece:

“After several months of surveying the people responsible for plan design, the selection of investment managers, and other plan providers, the conclusion from Cogent is pretty clear: complacency is not the friend of providers to 401 (k) plans.

“Half of the sponsors surveyed said a formal plan review is somewhat likely to lead to turnover in a plan provider. Only 36 percent of sponsors said they were sure they would not initiate changes in outside advisors or record keepers.

“ Sponsors report that the quality of investment options, fees, and the level of service that providers ultimately deliver to participants will be the main criterion for evaluating relationships.

“Mid-sized plans with assets between $20 million and $100 million will also potentially be shopping for new services, as four in 10 say they plan to request fee reductions from incumbent problems.

“And 34 percent of large plans will issue formal RFPs for recordkeeping services, up substantially from the 21 percent that said they would do so last year.

“Half of all sponsors say their primary concern is plan compliance.

“Nearly half of small plan sponsors with assets between $5 million and $20 million intend to reevaluate investment menus this year, as 62 percent said fees are the primary reason for dropping investment managers from lineups.

“The bottom line from Cogent’s perspective is that providers will need to be prepared to defend their work, from the quality and range of investment options to the fees they claim.”