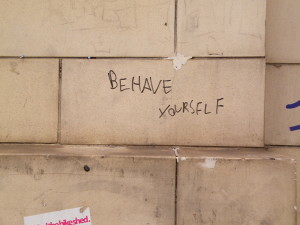 Investing requires sound financial reasoning, but emotions can also come into play and prove to be highly problematic. In an interesting piece for marketwatch.com–headlined Two behaviors that can sink your retirement–Ken Moraif writes that “if you’re like most investors, you are the person most likely to sabotage your own retirement.” His piece continues:

“It’s difficult to deal with your own money without becoming emotionally involved. I see retired investors making decisions based on emotions all the time. There are two psychological behaviors in particular that are very common.

“The first one is loss aversion, which basically means not wanting to lose money. I bet everyone can relate to that. Studies show that people hate losing money more than they like making money. In other words, the pain of losing $100 outweighs the pleasure of making $100 — by a lot. But when you’re afraid of losing, you may hesitate to buy investments that are currently losing, even though you believe they’ll make you money in the long run.

“Narrow framing is another behavior that’s detrimental to a financially stable retirement. This happens when you fixate on a portion of your portfolio that’s dropping. You think, ‘If I sell the investments that aren’t performing and buy more of the ones in my portfolio that are doing well, I’ll make more money’. Unfortunately, the opposite is usually true, because the ‘winner investments’ typically go down next. That’s why it’s important to rebalance a portfolio. To do this, you need to buy more of the investments that are dropping and sell some of the ones that are going up so your portfolio is balanced again. You need to work against your emotions. We all want to chase winners, but sometimes we should buy losers and sell winners, since one zigs when the other one zags. It’s important to have a balanced portfolio, and narrow framing can lead you in the opposite direction.

“Do you recognize either of these behaviors? If so, now you know that loss aversion and narrow framing are based on emotions, not on sound investing principles. Try to avoid making decisions based on them. You’ll be doing yourself a favor.”