THE TRUMP ADMINISTRATION AND RETIREMENT 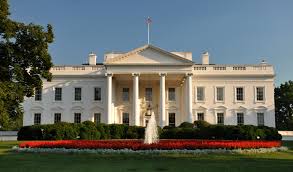 “Lost in the flurry of [Trump Administration] activity is the pressing question of how to deal with the American retirement crisis,” writes Suzanne Woolley in a bloomberg.com piece. “The median working-age family had $5,000 saved for retirement in 2013, according to an Economic Policy Institute analysis of Federal Reserve data. Nearly half of working-age families had no retirement savings at all, the analysis showed. The Godzilla of all retirement issues is how to shore up the finances of Social Security. During the presidential campaign, Donald Trump’s stated goal was ‘to keep the promises made to America through our Social Security program’. He made that statement when the AARP asked him and Hillary Clinton to write up their plans for the program.” Other major excerpts from Woolley’s article:

“The . . . societal challenge goes beyond maintaining the program’s solvency. Social Security simply doesn’t provide enough income for people without defined benefit pensions and 401(k)s who can’t afford to save, or to save more. Women are especially vulnerable. Almost half of unmarried elderly women getting Social Security benefits in 2013 counted on them for 90 percent or more of their income, according to the National Committee to Preserve Social Security & Medicare, an advocacy group. That is a dangerous dependency.

“One hint of what may be in store came on Jan. 24, when the president’s nominee for director of the Office of Management and Budget, Representative Mick Mulvaney (R-S.C.), spoke in his confirmation hearings about the rising costs of Social Security and Medicare. Mulvaney said he was in favor of raising the retirement age for Social Security to 70 (from 67, for those born after 1959) and against cutting benefits for current recipients.

“Another clue may come from the lone person appointed to President Trump’s “landing team” for the Social Security Administration: Tom Leppert, a former mayor of Dallas and former chief executive officer of the education firm Kaplan, Inc. When he was running for a U.S. Senate seat in 2011, he spoke about wanting to largely privatize Social Security. That year, the Dallas Morning News reported that his plans included raising the Social Security retirement age to 68 or 69 for those 27 and younger. He also supported providing vouchers for private health coverage, instead of Medicare, for those with 10 years or more to go before becoming eligible for Medicare at age 65.

“But while people don’t know what to expect, they do anticipate change of some kind. Fifty-seven percent of Americans think their strategy for retirement savings income will be affected by the Trump Administration, a new survey by brokerage firm Edward Jones shows.

“The survey of 1,105 people, done between Jan. 19 and 22, found that more women than men expect the impact to be negative, at 29 percent to 25 percent. Of men, 38 percent said they don’t expect any impact at all, while the figure was 32 percent for women.

“At the same time, 42 percent of those with investments think the new administration will improve their portfolio this year. That includes 52 percent of baby boomers, 48 percent of Gen X-ers, and 39 percent of millennials.

“Some 27 percent of the people in the Edward Jones survey think the new administration will hurt their portfolio in 2017. More men than women anticipate a positive impact, or no impact, in the short term.”