TO DELAY OR NOT TO DELAY RETIREMENT? 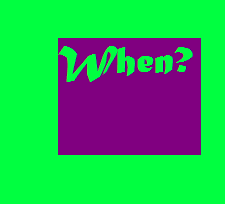 “Whether you’ve saved up a little or a lot for retirement, it’s hard to figure out when to call it quits and retire from work,” writes Julie Mak in an interesting investors.com piece headlined Many Americans Retire Ahead Of Plan — Will You?  that includes revealing statistics. “By holding off on collecting Social Security, workers will get bigger payments. People are living longer these days, so delaying retirement can make sense.” Other excerpts from the article:

“According to EBRI’s 2015 Retirement Confidence Survey, 25% of workers felt that the poor economy was a reason to delay retirement.

“Other reasons for putting off retirement include a change in employment situation, need to pay rising health care costs, higher-than-expected costs of living and lack of faith in Social Security or government social services.

“Twenty-six percent of workers indicate they plan to wait to at least age 70 to retire and 10% of workers say they will never retire.

“On the other hand, only 9% of workers see themselves retiring before 60 vs. 36% of retirees who reported they retired that early.

“Most people retire earlier than planned. The survey found that 50% of the retirees left the workforce earlier than expected, especially post-2008 financial crisis.”