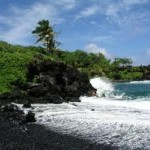 Early retirement is an inviting prospect, but for many contemplating it, it can be financially impractical.

Yes, it provides more time for leisure and new interests, but what of the price tag? It’s expensive enough to give one pause, according to a smart, it-may-not-be-for-everyone piece by Tom Sightings on usnews.com headlined The High Cost of Early Retirement. Here are excerpts from the article:

“Why does early retirement cost so much? Let’s say you have a job at 55 and want to retire next year. Even if you don’t have to worry about kids, what’s it going to cost you? Here’s an itemized bill:

“1. There’s the salary you’ll never get. If you retire at 56, instead of your full retirement age of 66 as defined by the Social Security Administration, you’ll lose 10 years of wages. If you make $80,000 a year, that adds up to $800,000. But wait. You’d likely get a cost-of-living raise or a merit increase. If you average a 3 percent annual salary increase, you’d be making over $100,000 a year by the time you reach full retirement age. So you’re really facing more like $1 million in lost salary. The $1 million would be subject to income tax so it’s not that much out-of-pocket. But it’s still a lot of money.

“2. And the benefits you lose. If you’re not working, the company will no longer contribute to your 401(k).  You’re not going to have an expense account anymore, or any company subsidized perks. The average employee receives almost 40 percent of their salary in the form of extra benefits. For the $80,000 employee, that’s an additional $30,000 a year, every year for the next ten years. Of course, that includes your medical benefits, which is a whole other issue.

“3. You’re responsible for your own health care. Do you get health insurance through your workplace? If so, you benefit from a group rate. Your employer probably pays a portion of your premium. Plus, the premium you pay is not taxed, all adding up to a pretty sweet deal. If you retire before the Medicare eligibility age of 65 you have medical insurance through an early retirement contract, you will have to purchase your own policy. The Affordable Care Act may make health insurance less expensive for some people – the details still need to be shaken out – but it could easily cost you between $500 and $1,000 a month. And since you’re purchasing the insurance yourself, rather than through your job, you get no tax deduction.

“4. You sacrifice Social Security benefits. Social Security deducts approximately 7 percent from your monthly check for every year you retire early. If you elect to begin Social Security at 62—the youngest age you’re eligible – you give up about 25 percent of your monthly check. Yes, you receive benefits for a longer period of time, so in the end the amount is likely to equal out, but that doesn’t help when you’re trying to pay your bills with $970 a month instead of the average $1,295 a month. And you’re stuck with those lower payments for the rest of your life.

“5. You rob your future. Instead of using your prime earning years to build up your savings, in early retirement you’ll be spending down those savings. You’ll have a smaller nest egg when you get to your 70s and 80s. Maybe you don’t think that matters because by then you’ll be too old to travel or spend money on other things. (If that’s what you think, talk to some 70-somethings who routinely go out to dinner, take cruises and attend theater productions.) But regardless, you will likely have medical bills and you’ll still want a roof over your head, unless your retirement dream includes living in one of your children’s spare bedrooms. Is that what you really want for your future?

“It’s possible to retire early if you’re lucky enough to strike it rich, or if you plan ahead, watch your budget and want a more modest lifestyle. But the price tag for early retirement is high. For some people it’s worth it, but it’s not for everybody.”