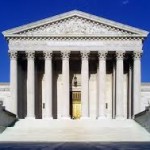 If you keep abreast of Supreme Court rulings, you may have read the one recently issued that pertains to 401(k) fees, and the particulars—and impact—of the decision are certainly worth discussing with your financial adviser.(Commenting on the news, Pension Parameters Financial Services, Inc., President Kevin F. McCormack said: “This has always been the strategy of PPFSI, to use low cost institutional class funds and work with the Investment Policy Statement on an annual basis with the Plan fiduciaries”). In the meantime, there’s been considerable press coverage of the story, but the mainstreet.com piece by Ellen Chang—headlined Supreme Court Ruling Benefits Employees Stuck With High Fees in 401(k) Plans–provides a concise overview. Excerpts from the front section of the article:
“A Supreme Court ruling on Monday [May 18] could lead the way for employees to file more lawsuits to fight back against the expensive mutual fund options and fees chosen by their employers in their 401(k) plans.
“The Supreme Court ruled in a 9-0 decision that Edison, a Rosemead, Calif. public utility company, had a ‘continuing duty to monitor’ the options they offered employees for their retirement plan. The decision will likely set a precedent for additional lawsuits in the future as employees have been fighting back against high 401(k) fees.
“The employees of Edison had sued the company, arguing that they were forced to use more expensive investment options when Edison could have offered lower cost funds.
“The U.S. 9th Circuit Court of Appeals had thrown out the suit originally, because by the time the employees sued, these investment choices had been offered for over six years and it was past the statute of limitations. The Supreme Court held that the claims were not barred by the six-year statute of limitations for the Employee Retirement Income Security Act (ERISA), a federal law.
“In its ruling, the court said ‘a trustee has a continuing duty to monitor trust investments and remove imprudent ones’, said Justice Stephen Breyer. The statute of limitations did not apply in this case, because the company continued to offer the same expensive mutual funds years after they were first chosen in 1999.”