THE MIDDLE CLASS AND RETIREMENT 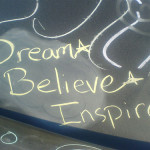 We can always debate whether there’s a need for yet another Senate-committee hearing, but what struck as us one that’s particularly worthwhile is reported interestingly in a column by Lisa Barron on benefitspro.com. Experts on retirement testified before the Senate Committee on Banking, Housing & Urban Affairs on “the question of whether the middle class can afford to retire.” Excerpts from her column:

“Given the increasing shortcomings of traditional retirement plans such as 401(k)s and IRAs, as well as the growing pressures on the future of Social Security, more Americans will have to bolster their savings with additional sources of income, said Monique Morrissey, an economist at the nonpartisan Economic Policy Institute.

“Another witness was Kristi Mitchem of State Street Global Advisors, which handles $2.3 trillion in assets, including more than $305 billion in retirement plans assets. She noted that big employers are more likely to provide retirement plans. ‘And when they do, the plan produces better results for those employees that participate in it’, she said.

“Mitchem testified that 89 percent of large companies offer defined contribution plans but only 14 percent of small employees do, and in the larger plans the average savings rate is 7.3 percent, while for the smaller plans it is 5.6 percent.

“She advised the committee to consider policy changes that would support multi-employer plans that would take assets of many of those smaller employers and pool them more effectively.

“Robert Hiltonsmith, policy analyst for the public policy organization Demos also testified, pointing out that during the stock market plunge of 2008 and 2009, 401(k)s and IRAs lost a total of $2 trillion in value, while the average 401(k) holder lost more than one-third of his or her savings. ‘I am happy to be here today to testify on the state of U.S. retirement security, because though retirement security is one of the lynchpins of economic security for the middle class, it is also proving sorely elusive for the majority of Americans’, he said.”