THE ELDERLY AS SCAM TARGETS 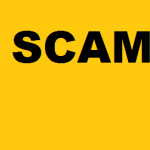 The problem is even worse than you might have imagined. As Ashlee Kieler writes in an important piece that we read on consumerist.com, “despite regulators’ attempts to take [fraudsters who prey on the elderly] out of commission, one in five older Americans report being the victims of financial exploitations either by ne’er-do-wells or family members.” Other excerpts from the excellent article:

“While shutting down operations that target the elderly is one step in protecting these consumers, the Consumer Financial Protection Bureau believes that stronger safeguards from financial institutions are also part of the equation.

“The Bureau issued an advisory and set of ‘best practice’ recommendations that financial initiations should consider adopting to assist in preventing exploitation.

“’Elder financial exploitation has been called the crime of the 21st century and deploying effective interventions has never been more important’, according to the CFPB. ‘Older people are attractive targets because they often have assets and regular income. These consumers may be especially vulnerable due to isolation, cognitive decline, physical disability, health problems, or bereavement. Elder financial exploitation robs victims of their resources, dignity and quality of life—and they may never recover from it’.

“Nearly 17% of seniors reported that they have been the victim of financial exploitation, from stranger scams like off-shore lottery schemes or the grandparent’s scam, to those perpetrated by those who are close to them, such as family members or caregivers, the CFPB reports.

“In all, the CFPB’s report estimates the annual losses tied to elder financial exploitation ranges from $2.9 billion to $36.48 billion.

“In an effort to prevent such devastating financial losses, the CFPB is turning to financial institutions.

“’With their opportunities for face-to-face transactions, banks and credit unions are well-situated to protect older Americans from financial exploitation’, the CFPB states. ‘Financial institutions are also uniquely suited to detect and act when an elder account holder has been targeted or victimized, and are mandated to report suspected elder financial exploitation under many states’ laws’.

“• Train staff to recognize abuse: Training should cover the warning signs of financial exploitation and appropriate responses to suspicious events.

“• Reporting suspicious activity to authorities: Financial institutions should promptly report suspected exploitation to relevant federal, state, and local authorities, regardless of whether reporting is mandatory or voluntary under state or federal law. Banks and credit unions can work closely with local Adult Protective Services and law enforcement to enhance prevention and response efforts, including expediting document requests and providing them at no charge.”