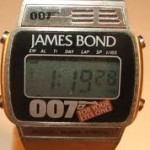 We can say a number of things about bonds. Among the movie Bonds, say, can we at least agree that Sean Connery remains the best of the 007 bunch? And among the lower-case bonds, as Paula Aven Gladych writes in an interesting benefitspro.com piece that, in terms of retirement implications, leaves us more stirred than shaken, they’re gaining ground in portfolios. Excerpts from the article:

“Despite an overall bullish market outlook, plan participants are becoming more conservative and preferring fixed income choices despite understanding how they work within their portfolio, according to a survey of U.S. workplace retirement plan participants by State Street Global Advisors, the asset management business of State Street Corporation.

“Survey respondents were positive about the market and investing; nearly 8 in 10 respondents who invested during the market downturn said they are contributing as much or more now than they did five years ago.

“Despite their confidence – the survey found that although investors traditionally invest more aggressively as their optimism increases – 49 percent are currently investing more conservatively than they did five years ago. Only 7 percent of defined contribution investors said they were taking a more aggressive approach.

“Seventy-nine percent said they have maintained or increased their contribution levels since the financial crisis.

“Participants are implementing their more-conservative investment approach by holding larger percentages in fixed income, but many responses indicate fundamental misunderstanding about bonds and their role in a retirement portfolio. More than a third of participants indicated that bonds help minimize the impact of inflation, when in fact bond returns are highly vulnerable to inflation increases.