May 6, 2013 | Do You Know, Pension Parameters, Planning for Longevity, Risk and Rewards 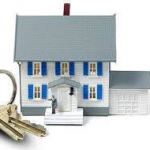 The conclusion of Andrea Coombes’ MarketWatch.com piece about personal financial decisions draws from the findings of a Harris Interactive survey of about 1,540 people for Northwestern Mutual, an insurance and financial-services firm. Here are excerpts from her article:

“In addition to paying off a mortgage and saving early and often, 29% of people aged 55 and up said buying real estate at a good price was one of their best money moves, and 27% said investing “heavily” in their 401(k).

“The idea of rebalancing one’s investment portfolio also got short shrift: Just 16% of the older survey respondents said rebalancing was one of the best decisions they’ve ever made.

“In the under-55 crowd, 25% said “relying heavily” on their 401(k) is one of their most important financial decisions to make, 20% said they planned to buy real estate at a good price, and 18% said they would seek products with guarantees, such as insurance and annuities.

“Three-fourths of the survey respondents, of all ages, said their priority is long-term financial planning, not short-term performance—but many people said they’re struggling to make and stick to their plans.

“Twenty-two percent of those surveyed said they’ve pulled money out of retirement or other savings in the past three years.

“Another 37% said a “lack of effective planning for the long term” was causing them to fall behind on their goals.

“For some, that lack of planning is because they’re too busy with day-to-day living to look to the long-term. Fully, 69% of survey respondents said the ‘pace of society’ makes it hard to focus on and stick to their goals.

“’I’m seeing more of an acknowledgment of, ‘Wow, I have to take more responsibility for my own financial future’, said Greg Oberland, an executive vice president at Northwestern Mutual. ‘But in terms of those who are actually following through, I think that’s the big question mark’.”