SOCIAL SECURITY—TO CLAIM OR NOT TO CLAIM? 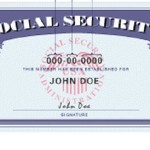 If you just retired, or are about to, you might naturally be thinking about (apart maybe from your golf game) Social Security. Specifically, if you’re at least age 62, whether to start collecting as early as possible—which is what half of all Americans presently do. Of course immediate financial need is an issue, but also the fact that benefits significantly increase by delaying. In fact, collecting Social; Security early is listed among the “big mistakes to avoid in first year of retirement” in a USA Today story by Rodney Brooks.  Waiting to take Social Security is a far smarter move, says Jeremy Kisner, who’s quoted in the piece “A better move would have been not to claim it till a later date. For every year you wait between 66 and 70, your Social Security is increasing at 8% a year. In a lot of scenarios, people should be waiting.”

How your particular scenario influences the Social Security decision is certainly among the issues to take up with your financial advisor.