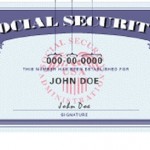 Will—or should–budget talks in Washington, D.C., impact Social Security? Whatever the politicians do or don’t do, Americans have definite opinions on the issue. An excellent AP story by Matt Sedensky—headlined POLL: OLDER AMERICANS NIX SOCIAL SECURITY CHANGES—has some interesting poll results on the subject. Excerpts from the article:

“Raise the age at which you can begin collecting full Social Security benefits? Older Americans say no. They also veto reductions in the cost-of-living increase. But a poll finds support among those 50 and older for raising the cap on earnings that are taxed to fund the Social Security program so higher-income workers pay more.

“The survey by the Associated Press-NORC Center for Public Affairs Research finds passionate opposition to any change in the way Social Security benefits are calculated that could result in smaller annual raises.

“The poll found that 62 percent of respondents expressed opposition to such a proposal, compared with 21 percent who supported it.

“The chained CPI, or consumer price index, has been proposed as a new way of calculating the cost-of-living adjustment, but it would reduce raises.

“About the same number, 58 percent, oppose gradually raising the age when retirees qualify for full benefits, while 29 percent support it. About one-third believe people should be eligible for full benefits before 65. Only 10 percent say full eligibility should come after 67, the top eligibility age under current law.

“Changes to Social Security are on the horizon because the trust funds that support the massive retirement and disability program are projected to run dry in 2033. At that point, Social Security would only collect enough taxes to pay about three-fourths of benefits. If Congress doesn’t act, benefits automatically would be cut by about 25 percent.”