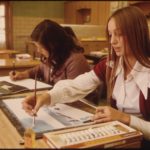 “For the first time since 2013, American parents list saving for college among their top two savings priorities, surpassing both retirement and general savings, and second only to emergency funds,” writes Tanza Loudenback in a highly interesting businessinsider.com piece, citing a new national study by Sallie Mae. Her article continues:

“The study found that parents are planning to pay more than 40% of their children’s college costs. But the reality is that most are still coming up short.

“Of the 57% of parents who are currently saving for their child’s college education, the average family didn’t start saving until their oldest child was 7 years old. In many cases, that’s too late.

“Parents are missing out on the incredible power of compound interest — earning money on your money — by not contributing to a college fund for the first seven years of their child’s life. And once they do start saving, the majority are putting money intended for college into a general savings account (61%) or checking account (38%), admitting that those accounts not earmarked for college could easily be used for ‘other household expenses’, according to Sallie Mae.

“But a rising percentage of parents — up to 37% from 27% in 2015 — are capitalizing on 529 college savings plans — state-sponsored tax-advantaged investment accounts that anyone, including grandparents and other family members, can open and contribute to.

“With a 529 plan, savings can start at a child’s birth — or even before birth by using a qualifying family member as a beneficiary and switching it over to the child once they’re born — and grow steadily until age 18.

“With an average college savings goal of $61,902, parents who are quick to open up a 529 — which has a maximum contribution of $14,000 per year, per child, and per donor — are able to enjoy the power of compounding and the benefits of a tax-free savings account.

“Since the plans are state-sponsored, each state runs one or more of their own, and savers are allowed to choose which they prefer. At savingforcollege.com, there are 111 options, and each one has a slightly different investment structure — the site lets you compare investment options, fees, and various tax benefits of each plan.”