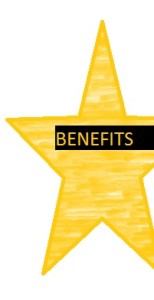 “Given the choice, prospective employees are more likely to opt for the job that offers an employer-sponsored retirement plan over one that provides a higher salary,” writes Marlene Y. Satter in a revealing benefitspro.com piece. “That’s just one of the findings in the American Century Investments Third Annual Defined Contribution Plan Participant Study, which also found that how much prospective employees favored the job with the retirement plan depended on how old they were.” Other excerpts from the article:

“Workers ages 55–65 were more than five times more likely to choose the job with the retirement plan over the one with the higher salary.

“But even younger workers—those ages 25–54—were four times more likely to pick the retirement plan over a higher salary.

“Most respondents in the study also think it’s a lot worse to have too little in retirement than to miss out on something today.

“That said, they’re not all that optimistic about how their lifestyle will be once they actually get to retirement.

“The pessimists—33 percent of the older group and 24 percent of the younger—believe it will be “worse than it is now.” But overall, they’re not looking for affluence during retirement, just independence.

“And the pessimism could have something to do with the fact that a large proportion of respondents feel that their employers could have done more to encourage them to save for retirement.”