IS RETIRING LATER A RELIABLE STRATEGY? 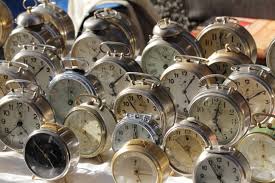 “As in prior years, there is a big gap between when active workers expect to retire and when retirees say they actually did,” writes Rebecca Moore in An interesting  plansponsor.com piece, citing the 2017 Retirement Confidence Survey (RCS) from the Employee Benefit Research Institute (EBRI). Other excerpts from Moore’s article:

“Workers continue to report an expected median retirement age of 65, while retirees report they retired at a median age of 62. A small share of workers are adjusting their expectations about when to retire, perhaps in recognition of the fact that their financial preparations for retirement may be inadequate. In 2017, 14% of workers say the age at which they expect to retire has changed in the past year, and of those, the large majority (78%) report their expected retirement age has increased.

“Though the median expected retirement age for workers and retirees has remained unchanged for years, workers remain notably more likely to say they expect to retire at age 70 or older than at times in the past. Nearly four in 10 (38%) workers expect to retire at 70 or older, while only 4% of retirees report this was the case. Just 9% of workers say they plan to retire before age 60, compared with 39% of retirees who report they retired that early. Seventeen percent of workers say they plan to retire between the ages of 60 and 64, although 38% of retirees say they retired in that age range. This difference between workers’ expected retirement age and retirees’ actual age of retirement suggests that a considerable gap exists between workers’ expectations and retirees’ experience.

“One reason for the gap between workers’ expectations and retirees’ experience is that many Americans find themselves retiring unexpectedly. The RCS has consistently found that a large percentage of retirees leave the workforce earlier than planned (48% in 2017). Many retirees who retired earlier than planned cite hardships for leaving the workforce when they did, including health problems or disability (41%), changes at their company, such as downsizing or closure (26%), and having to care for a spouse or another family member (14%). Others say changes in the skills required for their job (4%) or other work-related reasons (16%) played a role. Of course, some retirees mention positive reasons for retiring early, such as being able to afford an earlier retirement (24%) or wanting to do something else (10%).

“The financial consequences of an unplanned early retirement can be heavy. Retirees who retire earlier than planned are more likely than those who retire when expected or later to say they are not confident about having enough money for a comfortable retirement or about paying for basic expenses, medical expenses, and long-term care expenses.”