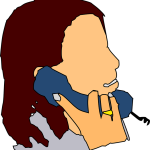 “Seventy percent of non-retired Americans plan to work as long as possible during retirement, according to a new Bankrate.com survey,” writes Rebecca Moore in a plansponsor.com piece. “Only 25% say they have no plans to work during retirement.”  The article continues:

“The survey found nearly half of retirees (47%) are either very worried or somewhat worried about outliving their retirement savings, up from 37% in 2009, the last time this question was asked. Seventy percent of non-retirees expect it to account for some of their income in retirement, including 10% who are depending on Social Security for all of their income. Millennials were the most likely to say they don’t expect to receive any money from Social Security when they retire (32%).