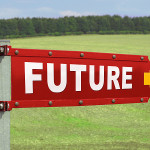 With apologies to Jane Austen, who wrote Sense and Sensibility, the next life chapter for pre-retirees might be titled Plans and Probability. Put another way, perceptions, it’s been said, have a way of becoming reality—or perhaps not. And maybe the same could be said of retirement expectations. According to a benefitspro.com piece headlined Workers’ awareness of retirement is wrong by Dan Berman, “the perceptions workers have about life after work and the reality reported by those who have already retired are starkly different, according to a report by the Society of Actuaries.” Excerpts from the article:

“The differences included the respondents’ expected age of retirement (65) vs. the actual median age of retirees (58) and the likelihood they would work in retirement (41 percent say they would stop working for pay vs. 78 percent who actually did so).

“The survey, conducted via an online questionnaire of 2,000 people 45 to 80, half of whom were pre-retirees, found a median life expectancy for both groups of 85 to 89 years. The survey noted that 48 percent of respondents said they had a relative that lived to age 91 or older.

“Although 67 percent of retirees said they had a financial plan, just 31 percent said they knew how they would replace the income of a spouse who died.

“Cutting back on expenses (88 percent), reducing consumer debt (90 percent) and increasing savings (93 percent) were methods that both groups said they would use to manage financial risk.”