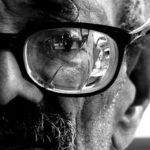 We’ve heard it a thousand times: If you have good health, you have everything. But that might not include peace of mind. In fact, as Catey Hill writes in a fine marketwatch.com piece, “it’s not being bored, unable to travel or even death itself that scares older Americans most about retirement — it’s running out of money.” The beginning of her article continues:

“Older Americans’ No. 1 fear about their retirement is that they won’t have enough money to afford retirement, a number of recent surveys show. Some 43% said their greatest fear about retirement was outliving their savings and investments, making that the top fear — over loneliness, boredom and even declining health, among other fears, according to a survey of more than 2,000 workers ages 50 and older released in December by the Transamerica Center for Retirement Studies. And 57% of financial planners said that running out of money was the top retirement concern for their clients, a survey released earlier that year by the American Institute of CPAs last year found.

“For many, outliving your money is even more frightening than dying. More than six in 10 baby boomers feared running out of money before they died more than death itself, a survey of more than 3,200 baby boomers by financial firm Allianz found.”