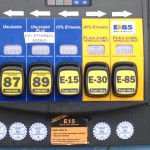 It’s good news when you fill up at the service station, but crudely put (if you’ll allow for the bad pun) does that have bad-news implications for investors? “Low energy prices are important to the success of U.S. businesses, so it’s no surprise that most financial pros believe the drop in crude oil prices has helped the U.S. economy,” writes Ed Silverstein in an interesting benefits.pro article headlined Will falling oil prices hurt retirement portfolios? ”On the other hand, if oil prices get as low as $30 a barrel, many of the same professionals worry a global recession could follow. That, in turn, will likely hurt the portfolios of individual investors as well as the investments of retirement funds, many of which include energy stocks or funds.” Other excerpts from the piece:
“For instance, according to a 2011 Sonecon report, oil and natural gas stocks were on average 4.6 percent of state pension fund assets, providing 15.7 percent of returns. Also, the American Petroleum Institute reported last year that private and public pension and retirement plans hold 46.8 percent of the shares in U.S. natural gas and oil companies.
“So retirees and those managing pension and other retirement plans might be interested to learn that some 68 percent of pros questioned in the Convergex “Oil Impact Survey” believe oil prices will continue to fall.
“Forty-three percent expect the price for a barrel to end up this year at between $40 and $60, while 42 percent predict a price between $60 and $80. Compare that to last month’s survey when 89 percent said the final price for a barrel of oil would be above $60. That December survey also revealed that 47 percent of the pros predicted that the final price would be at least $80 a barrel.
“As of earlier this month, the price for a barrel of WTI crude oil was $46.06. Compare that to $108 per barrel last June.
“For now, 66 percent of the respondents say falling oil prices have so far had a positive or very positive impact on the U.S. economy. But 55 percent predict a negative or very negative impact on the U.S. labor market if oil prices continue to fall.
“The survey was taken between Jan. 13 and Jan. 15. More than 300 respondents participated including asset managers, bankers, broker-dealers and hedge fund managers.”