PROSPECTS OF A FRUGAL RETIREMENT 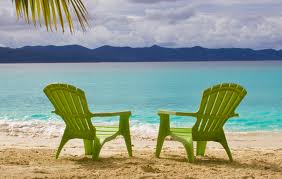 You can never go wrong with a Steve Vernon cbsnews.com MoneyWatch column, and this typically informative and gracefully written one–headlined How Boomers are Adjusting to Prospects of a Frugal Retirement—is no exception.  Vernon writes:

“Several years into America’s economic recovery from the Great Recession, the benefits remain unevenly distributed. Among middle-income baby boomers, nearly two-thirds feel they haven’t personally prospered, according to a recent study from the Bankers Life Center for a Secure Retirement. Among the boomers who feel that way, more than half report that their savings are lower today than they were before the financial crisis.

“Nevertheless, the Bankers Life report finds that most boomers are taking steps to manage their spending and enhance their investment portfolio. The key question: Are they doing enough?

“The global financial crisis began unfolding in 2007 as the subprime mortgage crisis exploded. In the years that followed, millions of middle-income Americans experienced severe financial setbacks. The Bankers Life study reports that:

“This last result was a serious loss, considering that most middle-income Americans have equal or more wealth in home equity than in financial assets, according to a recent study from the Boston College Center for Retirement Studies.

“The Bankers Life study reports that two-thirds of boomers are worried about another financial crisis in their lifetime. That’s a reasonable concern, considering that in the past 30 years, the U.S. has suffered through four major meltdowns (the 1987 crash, the savings and loan crisis in the early ’90s, the tech bubble that burst at the beginning of the 21st century and the Great Recession).

“Given that boomers may live for another 20 to 30 years, it’s inevitable that they’ll experience a few more financial crises. As a result, they’d be wise to prepare now.

“Unfortunately, one in four boomers no longer invests at all.

“If you’re worried about another financial crisis, all the action items in these lists are good steps to take.

“Almost four in 10 middle-income boomers expect to rely on Social Security for their primary source of retirement income. This percentage is up significantly from before the Great Recession, when fewer than one in three felt that way. These boomers may be disappointed, however, because Social Security was designed to be a safety net, not a primary source of retirement income.

“Those who expect to rely on Social Security would do well to postpone starting their benefits to age 70 if possible, when benefits reach their maximum value. Currently, most Americans claim Social Security benefits well before this age, missing out on a key chance to increase their expected lifetime payout and protect surviving spouses, if they’re married.

“Another step home-owning boomers should take is to explore how to deploy their home equity, including considering one of many uses for a reverse mortgage. This step could be particularly critical for boomers who are house-rich and cash-poor.

“Manage spending, work longer, reduce debt, invest wisely, delay Social Security and thoughtfully deploy all your assets: These are the tough steps many Americans will need to take to have a secure and satisfying retirement.”