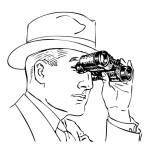 “Some people choose to retire early because of their health. Or, some decide the time is right because of a change in their company. Sometimes, it’s just the stresses of the job that lead to early retirement,” writes Jill Cornfield in a superb piece for bankrate.com aptly headlined Why and how to retire early.

“Whatever the reason, only about half of workers in their late 50s can be expected to remain employed at age 63, according to a study cited by the Center for Retirement Research at Boston College.” Other major excerpts from the article:

“Common issues that prompt people to retire earlier include unexpected health problems or the physical limitations of blue-collar work. The study, from the University of Michigan and the Rand Corporation, also points out that people in white-collar jobs who want to keep working well into their 60s can face the cognitive limitations common to aging.

“The study cites computer scientists as an example of workers who tend to retire earlier, because they have to keep up with technological change and stay mentally alert.

“Writers, musicians, social workers, clergy and college professors tend to have ‘labor of love’ jobs that can make it easier for people to work past their early 60s, the center says. While these jobs might have some stress, love of one’s work can be a mitigating factor.

“The University of Michigan and Rand Corporation researchers identify 3 common traits across a range of professions where workers often stay on the job for more years: low stress, consistent job demands and the ability to transition to working part-time.

“Employment reasons were the main trigger for most of the earlier-than-planned retirees, such as organizational changes (27%), losing their job (26%), unhappiness with their job or career (17%) or taking an incentive or buyout (17%). Ill health accounts for 27% of early retirements.

“If you’re going to retire early, you’ll need enough savings to make it work. But often, retirees’ nest eggs are weaker than their confidence about maintaining their lifestyles once they stop working.

“Nearly three-quarters of retirees say they are somewhat or very confident about being able to maintain a comfortable lifestyle in retirement. But not even half of them agree they have enough savings to do this.

“One eye-opening stat: Retirees 60 to 64 report having savings balances averaging $202,000. Retirees who are just about a decade older report having less than half that amount, on average: $97,000. That illustrates ‘how they may be drawing down their savings’, according to the Transamerica study.”