PLANNING FOR THE ‘LEISURE BOOM’ 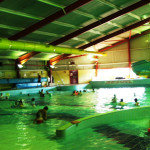 “As waves of baby boomers head into retirement, a new report suggests that advisers might start talking more with their clients about how they plan to spend their leisure time — and plan for how they will fund the activities they look forward to after they exit the workforce,” writes Kenneth Corbin in a highly interesting piece for financial-planning.com. “The new survey from Merrill Lynch and research firm Age Wave highlights how, for all the optimism boomers bring to the prospect of retirement, large numbers of Americans haven’t thought through how they will spend their time during what Merrill is calling a ‘leisure boom’.” Other excerpts from the article:

“The survey, which polled more than 3,700 Americans above the age of 25, found that 53% of respondents say that they have ‘hardly planned at all ’for how they will spend their time in retirement.

“Overall, the respondents polled in the survey express considerable optimism about their retirement years, with 92% saying that retirement has given them greater freedom and flexibility to pursue their interests, irrespective of how much money they have saved.

“Merrill concluded that baby boomers, as they head into retirement, are breaking the mold and, in overwhelming numbers, are looking at retirement as a period for ‘new beginnings’.

“The survey also reveals a near consensus favoring experiences in retirement over material things, with 95% of respondents saying that the former matters most to them, and 85% saying that retirement has enabled them to spend more time with family and friends.”