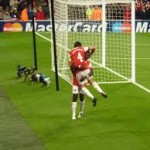 5 Retirement Penalties to Avoid are drawn from an excellent usnews.com article by Emily Brandon. The first of two blogs excerpted from her piece begins with . .

“IRA early withdrawal penalty. If you withdraw money from your IRA before age 59½, you will generally have to pay a 10 percent early withdrawal penalty in addition to income tax on the amount withdrawn. So, if you withdraw $5,000 from your IRA at age 40, you’ll need to pay a $500 tax penalty. However, there are a variety of ways to avoid the 10 percent penalty. If you use the money to pay for college costs or purchase a first home (up to $10,000), the penalty doesn’t apply. You don’t need to pay the penalty if the distribution is for some specific circumstances, including significant medical expenses that exceed 10 percent of your adjusted gross income, purchasing health insurance after a layoff or paying for expenses associated with a significant disability. You can also set up a series of annuity payments from your IRA without incurring the 10 percent penalty.

“Roth IRA owners can withdraw the contributions, but not the earnings, from accounts that are at least five years old without incurring the early withdrawal penalty.

Next: Penalty for failing to take retirement distributions.