Pay for Your Child’s College Education – or Save for Retirement? 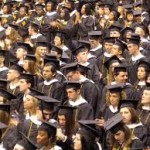 A SPECIAL REPORT ON ADDRESSING THIS MODERN-DAY TUG-OF-WAR

It’s considered a given that we are all a product of the choices we make, but what if, financially speaking, the option one chooses is anything but clear cut and the consequences of that choice could prove profound. Which takes us to an excellent article for cnbc.com by Ivory Johnson headlined Tug-of-war: Fund retirement or kid’s college education? Excerpts from the piece:

“You can borrow money for a college education but not for your retirement. It’s what we, as financial experts, truly believe.

“But a constant tug-of-war between 401(k) plans and Section 529 college savings plans has ensued in investors’ hearts and minds—and neither side appears to be winning.

“Identifying priorities is no easy task. Just ask an average parent if his or her retirement is more important than paying for a child’s education.

“Most parents are aware that over the course of an adult’s working life, high school graduates can expect, on average, to earn $1 million less than those with a bachelor’s degree and are 50 percent more likely to be unemployed. So it isn’t hard to see why parents might be tempted to make paying for their kids’ college education a priority over saving for their own retirement.

“At the same time, college costs have, according to published reports, increased 1,225 percent since 1978 (that is not a typo)—more than housing, food or health-care expenses. Penn State cost my parents $7,500 a year, but I will be on the hook for almost $40,000 a year if my son goes to the same school. (It hurts me just to write that sentence.)

“As a consequence, parents who are willing to provide a more lucrative future for their children do so at the expense of their own.

“It should be no surprise, therefore, that 57 percent of U.S. workers have less than $25,000 in savings. Meanwhile, student debt has reached $1.2 trillion, growing seven times faster than this country’s mortgage debt in just the past 10 years.

“So what to do? A flexible game plan might be the best option.

“Sure, the 529 plan allows parents to save money in a tax-deferred account with no taxes on distributions if used for qualified education expenses, but why not manufacture a similar outcome with a retirement vehicle? In other words, here is a chance to kill two birds with one stone.

“For example, a Roth individual retirement account offers tax-deferred growth and tax-free distributions, a winning combination for anyone trying to save for retirement. Should the account holder choose to use that money for a child’s education, they might be in luck.

“Contributions made to a Roth IRA can be withdrawn tax-free if used for a qualified education expense.

“Moreover, the Roth IRA will treat those distributions on a “return of contributions first and earnings second” basis. In other words, a $5,000-a-year contribution for 10 years would allow a parent to withdraw $50,000 for college tax-free and leave the earnings in the same account to be used during retirement.

“Most households depend on a 401(k) plan to save for retirement on the grounds that they receive a tax deduction today and pay ordinary income taxes when they take distributions later, presumably when they are in a lower tax bracket. I suspect, however, that if somebody offered to lend me money without disclosing the interest rate or any of the terms, I would decline the invitation.

“That is exactly what a 401(k) plan is, a tax-deferred contribution today in exchange for the expectation that tax rates will be lower when 70 million baby boomers are receiving their entitlement benefits. Furthermore, a hardship distribution from a 401(k) to pay for education is still subject to the 10 percent early withdrawal penalty for those younger than 59½, and that is on top of ordinary income taxes.

“There are several strategies that can address the same goal, so find one that lets you sleep at night.

“If you are comfortable working longer in exchange for your child’s education, then own it. List it as a priority, write it down, and don’t second-guess the decision later.

“When it comes to retirement vs. education, choose wisely, make a plan, stick to it, and avoid that tug-of-war.”