May 2, 2016 | Planning for Longevity, Retirement Plans, Tax Planning and Deductions 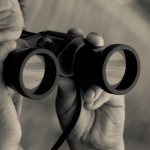 “A new poll released by Charles Schwab found that 47% of investors surveyed (and 50% of those with $250,000 or more in assets) believed tax planning and financial planning were one and the same activity, and 44% said tax planning significantly influenced how they invested and managed their wealth over time,” according to an informative thinkadvisor.com piece. Other excerpts:

“Koski Research interviewed 1,066 general investors in mid-February, using a third-party online panel. Participants were screened to ensure they had minimum investable assets of $50,000.

“Forty percent of all investors polled reported that they had a written financial plan, and 52% of those said tax planning was a specific component of their plan.

“The survey found that 50% of those with a financial plan focused on their total financial situation during tax season, compared with 31% who did not have a plan.

“Among investors who incorporated tax planning into their financial plan, 48% said they felt “extremely confident” as they prepared their taxes.

“The survey showed that among the 59% of respondents who used a financial advisor to help them with their investments, 42% were ‘extremely confident’ in preparing their taxes, compared with 31% who did not use an advisor.

“Moreover, 66% with an advisor believed they were doing everything possible to reduce the tax effect of saving and investing, compared with 48% without one.

“However, many investors’ approach to tax planning left room for improvement, according to the survey.

“Only 29% of respondents said they had focused on the effect of taxes in their investment portfolios over the course of a year.

“Fifty-nine percent of respondents said they expected to receive a federal tax refund this year.

“Forty-nine percent of those said they would save the refund, 34% would pay off debt and 23% would buy something special for themselves or another person.

“In addition, 27% planned to invest their refund, 49% preferring equities and 16% bonds or CDs, and 8% intending to hold their refund as cash in their portfolio.