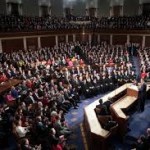 Say it fast and it can be a bit of a tongue-twister, but it was President Obama’s introduction of a retirement savings plan he called a “MyRA” that generated considerable attention in post-State of the Union analyses, including discussion of the idea in a marketwatch.com story by Matthew Heimer. “While the stock market has doubled over the last five years, that doesn’t help folks who don’t have 401(k)s,” the President said.  Excerpts from the article:

The plan “is designed to create ‘starter accounts’ that would help novice investors avoid some common pitfalls of retirement savings. In briefing materials accompanying the State of the Union address, the administration noted that many private-sector providers don’t allow ‘smaller balance savers’ to open accounts; providers who do allow such accounts often charge fees that can eat up a proportionately high percentage of their balances.

“In his address, Obama described the myRA as ‘a new savings bond’ that ‘guarantees a decent return with no risk of losing what you put in.’

“ Like many other provisions mentioned in the speech, the myRA could be created by the executive branch without express approval from Congress. But will it matter? “’My initial thought is this could be of value for many Americans who don’t have a company-sponsored retirement plan’, says Jeffrey Levine, an IRA technical consultant with Ed Slott and Co. and  MarketWatch RetireMentor. ‘By all accounts, this would be a way to put away additional money on a tax-deferred basis’.”