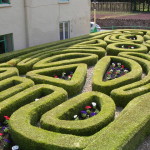 We don’t often plug books in this space, but we’ll make an exception in this posting. Never mind Fifty Shades of Grey, what about the many more dizzying shades of social security rules & regulations? The question was prompted by an eye-opening thinkadvisor.com piece headlined Kotlikoff: Social Security’s Rules Ripping Off Recipients.
Excerpts from the article:

“Social Security’s labyrinth of 1,728 rules written in gobbledygook and riddled with nasty traps is duping Americans out of retirement benefits that they’ve earned — in some cases, amounting to hundreds of thousands of dollars.
“So says Social Security expert Laurence J. Kotlikoff, Boston University economics professor and president of financial planning software company Economic Security Planning. He has served as consultant to the U.S. Department of Labor, Merrill Lynch and Fidelity Investments, among other institutions globally.
“Kotlikoff’s newest book, Get What’s Yours: The Secrets to Maxing Out Your Social Security (Simon & Schuster), is an often humorous — that’s right, humorous — guide on how to triumph over Social Security’s gotchas and what the professor calls a deeply flawed system, which has thousands of other rules stemming from those basic 1,728.’Danger lurks’, Kotlikoff writes.
“In an interview with ThinkAdvisor, Kotlikoff stresses that it’s higher income earners, with millions of dollars in benefits at stake, who stand to be the biggest winners from getting Social Security-savvy and avoiding serious mistakes, like when to start benefits and what benefits to take.
“Co-authors Philip Moeller, who writes about retirement for Money magazine, and Paul Solman, a PBS NewsHour business and economics correspondent, helped Kotlikoff to elucidate the system’s ‘windfalls and pitfalls.’
“The three also quote verbatim several truly bizarre Social Security rules, like this one: ‘If you are a minor convicted of intentionally causing your parent’s death, you may be denied survivor benefits on the earnings of your parent’.
“Kotlikoff pulls back the obfuscating Social Security curtain by also explaining auxiliary benefits, such as those based on the work records of an ex-spouse. He hammers home the key concept that an individual is entitled to receive only one benefit at a time: If you apply for two at once, he writes, one ‘effectively vanishes’.
“Kotlikoff, who has provided expert testimony to congressional committees, insists that Social Security has concealed penalties, “devious rules,” hidden benefits for the disabled and on top of all that, employs personnel who all too often supply earners with the wrong information.”