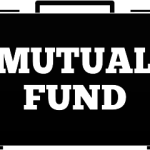 A fa-mag.com piece notes that “baby boomers and Gen Xers have the highest rates of mutual fund ownership in 2014, according to the Investment Company Institute’s annual survey of U.S. households.” Other excerpts from the article:

“Among all U.S. households, an estimated 53.2 million households, or 43.3 percent, owned mutual funds, the survey found.

“One of the financial goals for 91 percent of mutual fund owners was saving for retirement. It was the primary goal for almost three-quarters of those polled.

“In addition, 83 percent of households held more than one fund and 86 percent owned equity funds.

“A fund’s performance continues to be the most important factor for two-thirds of investors when shaping their views of the industry as a whole.

“The survey also found that more than nine in 10 households owning mutual funds had Internet access.

“ICI’s annual survey was conducted over the telephone with the household member, aged 18 or older, who was the sole or co-decision maker for saving and investing.”