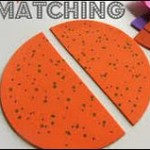 In a revealing reuters.com piece, Liz Weston writes that “LOS ANGELES -U.S workers are losing at least $24 billion in retirement plan contributions each year by failing to take full advantage of company matches, according to recent research by 401(k) adviser Financial Engines.” Other excerpts from her piece:

“One in four retirement-plan participants misses out on some or all of the match, costing themselves an average $1,336 annually, said the firm, which reviewed the savings records of 4.4 million employees at the 553 companies using its services.

“The missed amounts ranged from less than $100 to more than $20,000 for some highly paid, richly matched workers.

“The rate of match-missing echoes those of previous studies, such as one last year by retirement plan provider TIAA-CREF that found 23 percent of those who contribute to a plan fail to get the full match.

“Only about half of American workers have access to a retirement plan and just under 41 percent participate in them, according to the Employee Benefit Research Institute, a Washington, D.C.-based non-profit group.

“Among full-time, full-year wage earners aged 21 to 64, 62.3 percent had access to a plan in 2013, the latest year for which figures are available, and 54.5 percent participated, EBRI found.

“The vast majority of 401(k) plans offer to match employees’ contributions, most commonly matching dollar for dollar up to 6 percent of annual pay, according to payroll processor Aon Hewitt. The second-most-common match offers 50 cents for each dollar employees contribute, up to 6 percent of pay.

“Younger and lower-paid workers are most likely to miss out on matching funds, Financial Engines found. Those paid less than $40,000 are four times more likely to get less than the full match, compared with those earning more than $100,000 (42 percent vs. 10 percent). Meanwhile, employees under 30 were twice as likely as those over 60 to miss out (30 percent vs. 16 percent).

“Youthful ignorance can be the most costly, since the missing money would have had decades to compound. For example, every $1,000 not contributed to a retirement plan in one’s 40s means about $2,700 less in a retirement fund 20 years later, assuming 5 percent real returns annually. The same $1,000 contributed in one’s 30s might have grown to nearly $4,500. In one’s 20s, failure to contribute $1,000 could mean $7,300 less in retirement money.

“Employers could shrink the amount of money left on the table by automatically enrolling workers in retirement plans at a default rate that captures the full company match – considered a “best practice” in the employee benefit field, Stein said. Alternatively, the default rate could be lower but automatically escalate over time.

“Automatic enrollment has significantly increased employee participation in retirement plans, but many save less than they would have had they chosen a contribution rate on their own, according to studies by the Center for Retirement Research at Boston College and Vanguard Group, the financial firm.