LIVE LONGER AND PROSPER (IN RETIREMENT) 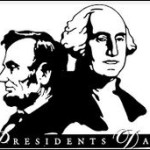 We’ll be celebrating Washington’s Birthday (aka Presidents Day) on Feb. 16, and that makes us think how cool it might have been to be alive in Revolutionary times, perhaps even then noodling in our heads ideas for retirement while our Founding Fathers were busy creating America. Of course the downside is that the average person in the late 18th century was fortunate to reach age 40 (though John Adams made it to 90 and Thomas Jefferson to 82—both dying only a few hours apart on July 4, 1826, the 50th anniversary of the signing of the Declaration of Independence). Yes, life expectancy has dramatically increased over the last 200 years–it’s almost doubled, in fact. Alas, you won’t find a Jefferson or Adams (or Washington or Franklin or Hamilton or Madison or . . . ) on today’s political scene, but, strictly in terms of average life span, there is this hopeful data from the Social Security Administration:

This all serves as a backdrop for a smart marketwatch.com piece in which Pamela J. Sams writes that “a higher life expectancy can have its greatest impact on retirement planning, since it requires that your nest egg support you for decades after you stop working.” Her article continues:

“A longer life expectancy can mean a longer career as well as a longer retirement. With people living longer, retirement calculators and financial planning programs must factor more years into their plans. That means a larger nest egg is required to fund those decades-long retirements, and that more years of work are required to fund that nest egg. Building a nest egg capable of funding a 30-year retirement can be difficult enough, but funding a 35- or 40-year retirement requires an even larger investment of time and money.

“When the Social Security system was first introduced, average life expectancy was much lower, and the number of years retirees could expect to collect benefits were far fewer. The longer life expectancy in the modern world has put a severe strain on the entire Social Security system, and one of the responses has been to raise the age at which workers can collect full benefits. Younger workers must wait until age 67 or 70 to collect their full Social Security retirement checks, and that age could rise even higher in the future. While workers on the verge of retirement can still count on their full retirement benefits, younger workers need to factor those higher ages into their retirement planning.

“Plan for a longer retirement

“If you retire at age 65, you can expect to spend at least 30, and possibly 35 to 40, years in retirement. Spending that much time in retirement requires a great deal of planning and careful investment to make sure the money you save lasts as long as you do. Some retirees choose to protect themselves with an immediate annuity, which converts a lump sum into a series of future payments for life. Others may keep more money in the stock market for better growth, while others may cut back on expenses to make their funds last longer.

“Heading back to work

“Many people already find themselves bored with the retirement lifestyle after only a few years, and that trend is likely to continue and expand as life expectancy rises and people spend more time in retirement. As people spend 30 or 40 years in retirement, many of them are likely to return to the workforce at some point, either out of economic necessity or simply from a desire to reconnect with society and the business world.

“These changes and others like them are sure to affect retirement far into the future. With so many of us living longer and healthier lives in retirement, it has never been more important to start planning now.

“The sooner you get started, the sooner you can start enjoying the wonderful retirement lifestyle you have always dreamed of.”