LEAVING MONEY ON THE TABLE 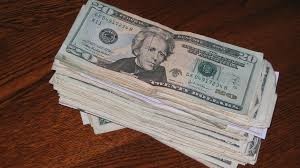 “Americans are saving more, just not in their employer-sponsored retirement plans,” writes Tom Anderson in a cnbc.com column, citing “a new analysis by retirement market researcher Hearts & Wallets.” Other excerpts from his piece:

“Average annual household savings increased almost a full percentage point to 5.5 percent last year, up from 4.6 percent in 2013, based on Hearts & Wallets’ annual survey of 5,500 U.S. households. (The personal savings rate this May was 5.1 percent, according to the latest release from the Federal Reserve Bank in St. Louis).  But the percentage of household savings that went into employer-sponsored retirements plans like 401(k)s fell 7 percentage points to 22 percent in 2014, and households participating in employer-sponsored plans declined to 56 percent last year from 60 percent in 2013.

“Even if the employer match is increasing, workers are still leaving money on the table. Financial Engines, an investment advisory firm, estimates that about a quarter of retirement plan participants are missing out on receiving the full company match. That translates into average loss of $1,336 per person each year or an estimated $24 billion of missed retirement savings in total.

“However, the number of people contributing to their retirement plans to earn at least the match is gradually rising. Nearly three-quarters of plan participants in 2014 were saving at a level that will allow them to receive the full benefit of the employer match, according to Aon Hewitt. That was 1 percentage point higher than in 2013. And among people who are currently saving below the employer match, nearly 30 percent are enrolled in an automatic escalation program that will gradually increase their savings rates to qualify for the full employer contribution.

“The employer match isn’t the only way to increase the use of retirement plans. Automatically enrolling workers in these plans can also boost participation. The share of employers with more than 80 percent participation rates in defined contribution plans increased from 50 percent in 2010 to 64 percent in 2014 as the share of companies offering automatic enrollment rose from 57 percent to 68 percent, according to study by Tower Watson.”