“LEAKAGE” FROM RETIREMENT PLANS—LOANS AND WITHDRAWALS 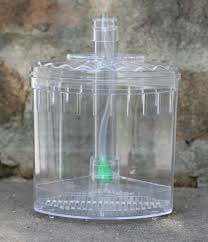 The headline on another superb cbsnews.com MoneyWatch column by Steve Vernon asks: When is it OK to withdraw or borrow from retirement savings? “The most common fear about retirement,” he writes is “‘outliving my savings/investments’. That’s what 51 percent of workers said in a survey that Transamerica Center for Retirement Studies (TCRS) conducted. A key way to address this fear is to save enough money while you’re working and not let it leak out along the way due to hardship withdrawals, early withdrawals or loans. Unfortunately, 27 percent of workers have taken some form of loan, early withdrawal or hardship withdrawal from an IRA, 401(k) or similar plan, according to the TCRS report.” Vernon continues:

“When is it a good idea to take a hardship withdrawal or a loan from your retirement savings? Actually, the answer is different for each situation.

“The biggest problem with a hardship withdrawal is that most likely, you’ll never get the chance to pay the money back to your retirement savings, so you’ll end up with less money.

“The tax considerations are also significant, depending on whether you’re withdrawing from a traditional, pretax contribution 401(k) account or from a Roth 401(k).

“If you make a qualified withdrawal from a Roth 401(k), you won’t pay income taxes on your withdrawal and nor pay an early payment penalty. A withdrawal is considered to be qualified if it occurs:

“If you don’t satisfy these requirements, the withdrawal is considered to be nonqualified. In this case, you’ll owe income taxes on the investment earnings attributed to the withdrawal but not on your original contribution. There’s still no early payment penalty as there is for withdrawals from traditional 401(k) accounts.

“According to the TCRS survey, among workers who’ve taken a hardship withdrawal from their retirement plan, almost one in four said the primary reason for doing so was to pay for medical expenses. Another one in five said it was to prevent eviction from their home. Given the potential income taxes and penalties, you should take a hardship withdrawal only if you’re truly desperate and have no other options.

“You have two ways of planning ahead to minimize the damage caused by a hardship withdrawal:

“According to the TCRS survey, many workers don’t have much emergency savings to cover the cost of financial setbacks, such as unemployment, medical bills, home repairs or auto repairs. Thirty-five percent of workers report having saved less than $5,000 for an emergency fund, while only 21 percent say they’ve saved more than $25,000.

Be careful with loans

“A loan from your 401(k) account isn’t subject to income taxes or penalties at the time you take it out, unlike the treatment of hardship withdrawals. As a result, you won’t have done much damage to your eventual retirement security as long as you eventually pay back the loan in its entirety and you continue contributing the same amount to the plan before you took out the loan.

“According to the TCRS survey, among workers who’ve taken a loan from their retirement plan, the top three reasons they cited were:

“Using a 401(k) loan to pay off credit card and other debt can be a good thing because you might be retiring debt that has a higher interest rate than your 401(k) plan is earning. In this case, you’re really paying yourself back when you make principal and interest payments on your 401(k) loan.

“It’s always a good idea to have a Plan B in place to address the possibility of needing to pay back the outstanding balance if you leave your employer when the loan is still outstanding. One idea would be to build up an emergency fund.

“The bottom line is, leakage from retirement plans in the form of loans and withdrawals has the potential to severely inhibit the growth of your long-term retirement savings. Take steps now to prevent that from happening to you.”