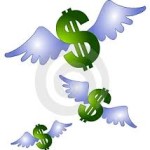 That question posed in the headline above introduced an excellent cnbc.com piece by Nancy Mann Jackson. The article also considered common reasons for (and comments by experts about) taking early withdrawals, including emergency financial needs, medical reasons and first-time home purchase. Here is the front section of the piece:

“Your retirement savings are intended (obviously) for retirement, but what if you need them now? The IRS offers some provisions for withdrawing savings from an IRA or 401(k) before retirement age without incurring a penalty—and President Barack Obama recently added another hardship option in his budget proposal. But that doesn’t mean it’s a wise move.

“A new white paper from the Center for Retirement Research at Boston College estimates that about 1.5 percent of assets “leak” out of 401(k)s and IRAs each year, on average, through early withdrawals, cash-outs or loans. Many are the result of a job loss or job change (an estimated 3 in 10 who leave their jobs cash out their accounts, according to Vanguard data) or an unexpected health-care expense. But while tapping into retirement savings can provide temporary financial relief, the long-term effects can be costly.

“The center estimates that aggregate 401(k) and IRA retirement wealth is at least 20 percent lower than it would have been without such leaks. And the effects on an individual’s savings can be even greater, depending on how much has been withdrawn and when, or whether, it’s replaced.”