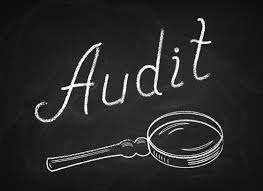 Be honest now, did you even know there was a Treasury Inspector General for Taxation? Indeed there is, and as Alessandra Malito writes in a highly interesting investmentnews.com piece, “advisers will need to brush up on their tax return auditing prowess in 2016 now that the IRS is weighing an inspector general’s report recommending a renewed focus on millionaires.” Other excerpts from the article:

“The tax collection agency currently focuses far too much of its attention on high-income taxpayers, who earn at least $200,000 on their Form 1040s, a Treasury Inspector General for Tax Administration report found. Instead, the tax agency should expand its reach to include the ultra-high-net-worth taxpayers who make $1 million or more, the report said.

“For advisers, that means double checking tax returns, collaborating with tax specialists and reminding clients to document everything they claim on their returns.

“The IRS said in its management response within the inspector general’s report that the agency spends much of its time on high-income taxpayers making at least $200,000 because of their sometimes complex financial situations, which can risk non-compliance. The IRS also saw budget cuts, which led to fewer audits.

“Still, the IRS agreed to the recommendation to examine more segments of the taxpayer population.