HOW WELL DO YOU KNOW YOUR RETIREMENT PLAN? 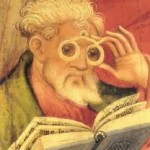 Familiarity may or may not breed contempt, but it sure helps when it comes to a retirement plan. Having one, in fact, and knowing very much about it can apparently be two entirely two different things.

That’s one conclusion to be drawn from an interesting benefitspro com story by Lisa Barron reporting that “one-third (33 percent) of Americans who take part in an employer-sponsored retirement plan say they are not familiar with its investment options, and another 36 percent believe they have too many or too few choices, according to a TIAA-CREF survey.” The article continues:

“A lack of understanding can harm people’s readiness for retirement, the survey found. Respondents who are familiar with investment options are almost twice as likely to be saving more than 10 percent of annual income for retirement (39 percent to 21 percent.)

“The survey also revealed that getting the right number of investment choices is important.  Sixty-five percent of people who say they have too many options are concerned about running out of money in retirement, as are the 55 percent of those who say they don’t have enough choices.

“In comparison, 40 percent of respondents who feel they have the right number of investment choices are ‘not at all concerned’ about running out of money.

“The good news is that plan sponsors have the opportunity to help employees navigate their investment options. The survey showed that 81 percent of respondents trust financial information offered by their employer.

“The survey of a random sample of more than 1,000 adults nationwide was conducted by an independent research firm between Jan.3-5.”