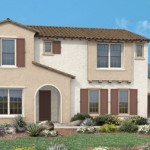 Who doesn’t crave encouraging news, and there was indeed some in a May 28 New York Times piece by Catherine Rampell reporting that “Americans are in a buying mood, thanks largely to the housing recovery.” Here is the first section of her excellent article:

“The latest sign emerged Tuesday as the Standard & Poor’s Case-Shiller home price index posted the biggest gains in seven years. Housing prices rose in every one of the 20 cities tracked, continuing a trend that began three months ago. Similar strength has appeared in new and existing home sales and in building permits, as rising home prices are encouraging construction firms to accelerate building and hiring.

“The broad-based housing improvements appear to be buoying consumer confidence and spending, countering fears earlier this year that many consumers would pull back in response to government austerity measures.

“In January, the two-year-old payroll tax holiday ended, stripping about $700 from the average household’s annual income, according to the nonpartisan Tax Policy Center. Federal government spending cuts that started in March are also serving as a drag on economic growth, economists say. And some recent data on other parts of the economy, like manufacturing and exports, have also disappointed.

“Yet consumer confidence reached a five-year high in May, according to a Conference Board report also released on Tuesday, with big improvements in Americans’ views about both the current economy and future economic conditions. Consumer spending has also been strikingly resilient so far this year, given the tax hikes.”