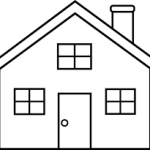 We haven’t visited the subject in a while, so we’ll ask the question: what’s the state of the housing market? As reported by Lucia Mutikani in a revealing reuters.com piece, “new U.S. single-family home sales recorded their biggest gain in 24 years in April, touching a more than eight-year high as purchases increased broadly, a sign of growing confidence in the economy’s prospects. [A] report from the Commerce Department, which also showed a surge in new home prices to a record high, offered further evidence of a pick-up in economic growth that could allow the Federal Reserve to raise interest rates soon.” Other excerpts from Mutikani’s piece:

“New home sales jumped 16.6 percent to a seasonally adjusted annual rate of 619,000 units, the highest level since January 2008. The percent increase was the largest since January 1992.

“Data for February and March were revised to show 39,000 more units sold than previously reported. Economists had forecast new home sales, which account for about 10.2 percent of the housing market, rising to only a 523,000 unit-rate last month.

“New home sales increased broadly, with the exception of the Midwest. April’s increase, however, probably exaggerates the housing market strength given that homebuilders confidence has stagnated since rising in January.

“The new home sales report came in the wake of fairly upbeat data on home resales and residential construction. It also added to retail sales and industrial production reports in suggesting that the economy was gathering speed after growth slowed to a 0.5 percent annualized rate in the first quarter.

“The housing market is being underpinned by a tightening labor market, which is starting to lift wages, as well as still very low mortgage rates. But a shortage of properties available for sale remains a hurdle and house prices have risen faster than wages, sidelining some first-time buyers.

“Last month, the inventory of new homes on the market fell 0.4 percent to 243,000. At April’s sales pace it would take 4.7 months to clear the supply of houses on the market, down from 5.5 months in March.

“With supply tight, the median price for a new home increased 9.7 percent from a year ago to a record $321,100. The average price rose 13.5 percent from a year earlier to $379,800. New single-family homes sales soared 15.8 percent in the populous South to the highest level since December 2007. In the Northeast, sales jumped 52.8 percent to their highest level since October 2007.

“Sales in the West, which have been volatile in recent months, rose 18.8 percent after plunging 15.2 percent in March. The West has seen a sharp increase in home prices amid tight inventories. Single-family homes sales fell 4.8 percent in the Midwest.”