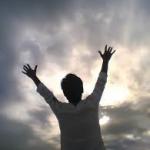 It doesn’t exactly qualify as stop-the-presses news, but Beth Braverman’s interesting story for thefiscaltimes.com, headlined Health: The (Expensive) Secret to a Happy Retirement, further confirms that feeling good in retirement has much to do with just feeling good, period. Here are excerpts from her article:

“The vast majority of retirees (81 percent) cite health as the most important ingredient to a happy retirement, according to a study released by Merrill Lynch and Age Wave, putting it ahead of financial security or having loving family and friends.

“Those surveyed also cite health care costs as their greatest financial concern, regardless of their wealth level, even though most have not factored health care costs into their retirement planning. A couple retiring this year would need an average $220,000 to cover their medical expenses, according to Fidelity.

“More than half of retirees retired earlier than expected, with health being the number one factor driving the move. Cutting short one’s working years for health reasons can mean both increased expenses and a smaller-than-expected nest egg.

“People are more concerned about the financial impact of a spouse’s serious illness (66 percent) than they are about their own illness, and women are even more concerned than men. “