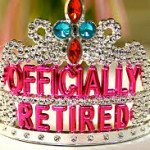 In the gallery of commemorative dates, there are, of course, the ones you know (Veterans Day, Mother’s Day, et al.) and ones that might have escaped your notice (for example, National Good Neighbor Day on Sept. 28). One recent date that did get considerable attention was Tuesday, April 14, Equal Pay Day. As Latifa Lyles, the Director of the Women’s Bureau at the Department of Labor stated, “Even though women make up nearly half of the workforce, they still earn just 78 percent of a male’s earnings. The average woman loses hundreds of thousands of dollars over her working lifetime as a result of the earnings gap. Think about what women could afford if they earned a fair amount – college education, housing payments, retirement?” The date, she continued, “symbolizes how far into the year women must work to earn what men earned in the previous year. That’s right; women must work more than four extra months to earn the same about as her male counterpart.” But for a growing number of women, as Kate Black and Bailey Childers wrote in a cnn.com piece headlined Women Nearly Twice as Likely to Retire in Poverty, the promise of a secure retirement” has become nearly impossible.” Other brief excerpts from their article:

“A December report by the Employee Benefit Research Institute found that the current median in a 401(k) savings account is just north of $18,000. And the median retirement income for women in 2010 was just 59% that of men, according to the U.S. Government Accountability Office.

“Women in the public sector fare slightly better. In states that offer defined benefit pension plans, women who retire from public service live off a modest but stable $18,000 a year on average.

“A recent poll by the National Institute of Retirement Security found that a vast majority of Americans — 86% — believe the nation is facing a retirement crisis. Nearly 75% of Americans are concerned about their ability to achieve a secure retirement.”