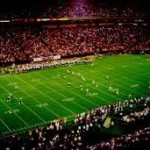 “Do you know the only thing that gives me pleasure? It’s to see my dividends coming in.”—John D. Rockefeller

Well, we all can’t be John D. Rockefeller (and might not want to be quite so definitive on the subject), but let’s just say that dividends can be at least among the pleasures for retirees. A New York Daily News story by Phyllis Furman notes that “dividend funds are the way to go for retirees and others looking for the best returns and an inflation-protected income stream, according to a new study conducted by Bankrate.com.” Excerpts from her story:

“The financial website tested multiple virtual retirement portfolios, each with $1 million to invest. It ran the numbers from the market peak of 2000 to 2013, a period that saw stocks plummet. In every scenario, the nest eggs that included an index called the Dividend Aristocrats – which is made up of companies that have raised dividends every year for the past 25 years – handily beat the competition.

“With each portfolio, Bankrate assumed that someone would withdraw $40,000 – 4% of the $1 million – in the first year and then 3% more every year to account for inflation.

“Replacing that S&P 500 fund with an ordinary dividend-paying mutual fund is a better option, though it still pales in comparison to one with Dividend Aristocrats.

“As with any investment, keep in mind past performance is no guarantee of future returns.”