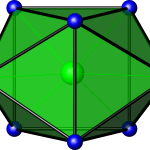 Advice by Ben Franklin—mister “a penny saved is a penny earned” himself—is not to be ignored. And if you can’t trust a Founding Father who’s the face of the $100 bill, who can you trust?

Notwithstanding his confession that he’d rather go to bed without dinner than to rise in debt, his fellow citizens today, apparently, have an indefatigable appetite for owing money. Accumulating debt faster, in fact, as Dan Berman wrote in a benefitspro.com piece citing a study by the financial-technology firm HelloWallet, “than they’re putting money into their 401(k)s. That’s despite the fact that employers added $2.5 trillion to defined contribution plans in the period studied, 1992-2010. Over the same time, the one-third of working households enrolled in a 401(k) plan took on $2.7 trillion debt, “

Those figures are enough to ruin anyone’s appetite, and there are more sobering numbers noted in Berman’s article and excerpted here:.

“Of those households, 60 percent took on more debt than they saved, the analysis of consumer finance data from the Federal Reserve and the Census Bureau showed.

“Nineteen percent added more to their credit card balances than to their retirement plans.

“Debt for all households in 401(k) plans increased 9 percentage points during the period studied.

“The monthly debt obligation for those between 50 and 65 now accounts for 22 cents of every dollar the households earn. That figure was 13 cents in 1992. For all DC plan participants in 1992, it was 20 cents.

“Those who are taking on more debt than they save have two years of salary saved up, compared to four years for those who are net savers, the study found.”