DB OR NOT DB, THAT IS THE QUESTION 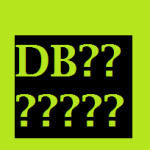 “Cutbacks to existing plans increase workers’ concerns about retirement security. According to the 2013/2014 Global Benefit Attitudes Survey, 75 percent of DB plan participants whose plans have been frozen are concerned about achieving a financially secure retirement.

“Seventy-eight percent of workers over the age of 50 are concerned about their retirement security, compared with 39 percent of employees under 40, it stated.

“More than half of employees responding to the survey said that retirement security has become more important to them in the past few years.

“Fewer employees are willing to pay more for health care benefits after they retire but before they become eligible for Medicare. Younger and lower-income employees are the least willing to exchange current pay for postretirement, pre-Medicare health benefits.