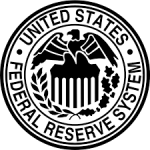 “Without such changes, Williams warned, policymakers will find themselves hamstrung.

“’There is simply not enough room for central banks to cut interest rates in response to an economic downturn when both natural rates and inflation are very low’, Williams said in the latest issue of his regional Fed bank’s Economic Letter.

“Williams’ push for broad policy change well beyond the writ of the central bank is not unprecedented — Fed Chair Ben Bernanke used to regularly admonish lawmakers to get their fiscal house in order.

“But the timing of Williams’ call, in the midst of a U.S. presidential election where economic policy is taking center stage, is noteworthy given central bankers’ usual penchant for keeping a low political profile, particularly as both candidates say they want big changes at the Fed.

“Globally, central bankers have been frustrated at the persistence of low growth and inflation even after years of super-easy monetary policy.

“Policymakers like Williams have become convinced that factors beyond their control, including an aging population and sluggish productivity gains, are braking growth.

“That in turn is keeping interest rates from rising as far or as fast as in the past; Williams on Monday estimated U.S. short-term rates would likely rise only to 3 percent or 3.5 percent even after the economy regains full health, and perhaps not even that.

“Williams floated two monetary policy changes to cope with lower rates: raising the Fed’s current 2-percent inflation goal, or replacing its current inflation-targeting regime with some form of nominal GDP targeting. Both approaches, he said, would give the Fed more scope to lower interest rates in response to downturns. Both, however, could have costs.

“But Williams also called for changes to fiscal policy, perhaps tying tax rates or government spending to unemployment rates. Doing so, he said, would allow ‘predictable, systematic adjustments of fiscal policy that support the economy during recessions and recoveries’.”