BEING PROACTIVE ABOUT ADVISERS 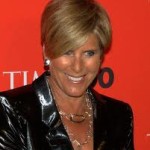 “Many people are in the dark when it comes to money,” Suze Orman said, “and I’m going to turn on the lights.”

That’s all well and good, but if Suze is not around who’s holding your financial flashlight? Put another way, you’ve got, say, a 401(k), IRA vs. Roth, general (or even specific) retirement or investing question so you . . . talk to whom exactly? You might think the common-sense answer is a professional, but many Americans don’t necessarily consult an adviser according to a Northwestern Mutual study that’s cited in an excellent planadviser.com article by John Manganaro. He writes that while Americans prioritize financial matters second only to their health, few in fact seek input from experts “or have a long-term plan for retirement.” Excerpts from his piece:

“’Personal finances’ and ‘personal health’ are the top two priorities for Americans in 2014, as measured by Northwestern Mutual’s “2014 Planning and Progress Study.” Workers consistently rank health and finances ahead of things like ‘spending time with family and friends’ and ‘career’, the study shows.

“But just because Americans prioritize finances and health does not mean they are taking widespread positive action to improve their outlook. While six in 10 U.S. adults say their financial planning efforts need improvement, a large majority are not seeking professional help, the study shows. Two thirds of Americans don’t have a long-term financial plan, and 71% do not have a financial adviser.

“Other findings in the study show a strong majority of Americans (70%) feel that the economy will experience future crises, but only about two in five agree their financial plan can effectively navigate an economic downturn. For the 30% of Americans who currently work with an adviser, 69% consider themselves disciplined planners and 68% feel ‘very financially secure’.

“Workers age 60 and older are three times more likely than those under 29 to use an adviser, at 41%, compared with 13%. Those who are married or living with a partner are about two times as likely as those not married to use an adviser (33% vs. 17%). Parents are also more likely to enlist the services of a professional financial adviser more often than those without children (34% vs. 20%).

“Northwestern Mutual says that even workers who have taken steps to prepare for retirement and the long-term future still have room for improvement. The study shows that, among American adults who do have long-term financial plans, just 25% of Americans with written financial plans review them quarterly, and only a little more (30%) do so at least annually.”