ARE YOU BOND SAVVY? 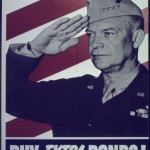 Seguing from a recent blog about bonds, it may be fair to wonder just how informed retirement savers are–or aren’t—about them. Not nearly enough, it would seem, or so we gather from an interesting Financial Advisor story by Ted Knutson that reports on the conclusions of ”State Street Global Advisors in reviewing the results of its January 2014 biannual defined-contribution investor survey.” Excerpts from the piece:

“’A lack of bond literacy could cause bigger problems now that participants say they have become more conservative. Participants may not understand the impact that greater conservatism can have on their portfolios’ vulnerability to inflation and ability to generate the growth they need for retirement’,” said the investment firm.

“State Street warned [that] since relatively few participants surveyed named lower risk, better diversification and reduced volatility as features of bonds, it suggests that many people don’t fully grasp the appropriate role of fixed income in their retirement savings.

“In encouraging news from the survey, State Street said poor wage growth and worries about their jobs hasn’t led the vast majority of plan participants to weaken their contributions. About eight in 10 said they are putting in as much or more than they did five years ago.

“In addition, with the stock market rising 160 percent since near the height of the recession in March 2009, about half of defined contribution plan participants said their plans are in much better shape than they were then, with the remainder of the respondents nearly equally divided between ‘same shape’ and ‘somewhat/much worse shape’.

“Three in four participants are optimistic on investments, telling State Street they expect the markets to be in the same or better shape five years from now.