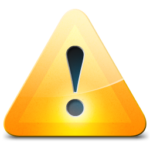 Or more specifically, how to avoid them. That’s the subject of an excellent cbsnews.com MoneyWatch column by Ray Martin, who writes that “it may be that just using professional tax software to prepare and e-file your tax returns can do the trick. According to two reports the IRS released earlier this year, it looks like that connection can be made.” Martin continues:

“In its report, “Filing Season Statistics for Week Ending May 6th 2016,” the agency reported that over 139 million tax returns had been filed during the 2016 tax season — an increase of about 1.7 percent, or 2.36 million, more returns than last year. This may largely be due to more an expanding workforce as unemployment declines.

“In 2016, the number of self-prepared and e-filed returns using professional tax software, (such as TurboTax, TaxACT, H&R Block Deluxe) increased by 5.7 percent (from 49.1 million to 51.9 million) from last year. In 2011, the number of self-prepared returns using software was about 38 million. That’s a significant increase of over 36 percent over the past five years.

“The number of returns prepared and e-filed by tax professionals barely budged from the prior year, which was about 71.5 million for 2016. That’s a tiny increase of 0.5 percent from 2015.

“Another IRS report, “Fiscal Year 2015 Enforcement and Service Results,” details the number and types of audits completed and amounts collected. It found the percentage of individual returns examined was the lowest in 10 years, at 0.84 percent. Also, the amount collected — $7.32 billion — was also the lowest in 10 years, and significantly less than in the previous year ($12.51 billion).

“The majority of returns examined were by correspondence, which is when the tax filer receives a notice of tax due. The most common reasons for these notices (also known as correspondence audits) are mistakes for things like not including the same amounts for income on a tax return that was reported to the IRS. One of the conveniences of tax-prep programs is that you can automatically import information from the forms you and the IRS get about your income into your tax return, which reduces these errors.

“Clearly, the IRS is targeting higher-income brackets: Tax filers with incomes over $1 million have almost a 1 in 10 chance of being examined: 9.55 percent of these returns get audited. This was a significant increase from 2014, when it was 7.5 percent.

“What can reasonably be concluded from this data? Well, for starters, more taxpayers are self-preparing and e-filing using professional tax software, and their audit rates are declining. That seems to be an obvious connection. Also, those with higher incomes continue to have a bigger target on their back.”