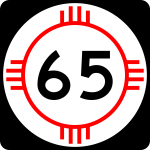 A story by Rebecca Riffkin for gallup.com on when Americans expect to retire makes for interesting reading. Excerpts from the piece:

“The percentage of non-retirees who plan to retire exactly at age 65 — the traditional retirement age — has been fairly consistent since the early 2000s, ranging between 24%, where it stands today, and 28%. It was only slightly higher in 1995, at 32%.

“At the same time, a sea change has occurred in preferences for retiring earlier or later than that age point. Prior to 2009, the plurality of non-retired Americans planned to retire before age 65. Since then, the plurality has said they will retire after they reach age 65.

“In sharp contrast to the finding that about one-third of non-retirees expect to retire before age 65, twice as many of those who have already retired (67%) said they did so before 65. The percentage of retirees who retired before age 65 has been even higher in past years. In the early 1990s, three in four retired Americans reported retiring before age 65.

“Part of the difference between the age when retirees report retiring and when non-retirees expect to retire may be a generation gap with current workers expecting to live longer and planning to continue working later in their lives. The long-term trends for both retirees and non-retirees suggest that Americans are continuing to work later in their lives — or planning to do so, if they are not already retired. This does not seem to be the case, however, with baby boomers, as only a third of the oldest in this generation, who are 67 and 68 currently, are still working.