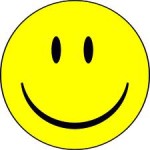 OK, but the question you may be asking is, what the heck is self-actualization? It’s a term tossed around in psychology studies, but basically has to do with realizing one’s full potential.  It also figures prominently in an AARP report dauntingly titled “Retirement Attitudes Segmentation Survey” that finds “proactive self-actualizers” –that is, the better educated and those with higher income levels and savings–were more confident about retirement and finances than were those labeled as “cautious clock-watchers,” “day-to-day embracers” and “doubters.” As reported by Warren S. Hersch in a lifehealthpro.com piece, “the study adds that more than 8 in 10 (82 percent) of proactive self-actualizers are relatively pleased with their lives. This compares with 66 percent of day-to-day embracers, 65 percent of cautious clock-watchers and 35 percent of doubters. Proactive self-actualizers also surpass the other peer groups in viewing themselves as planners (86 percent vs. 55 percent for all respondents); knowing what they want out of life and having a plan to make it happen (82 percent vs. 46 percent); and understanding how much money they’ll need to save for retirement (84 percent vs. 50 percent). “Additionally, the report states, self-actualizers and day-to-day embracers are most likely to equate retirement with creative pursuits (73 percent and 79 percent, respectively).”